The Basque group of companies Innovalia Group, celebrates the launch of the IDSA Spanish Hub on December 2nd in Bilbao at Bizkaia Aretoa at 6:30 p.m. The Innovalia Group, a strategic alliance of Basque technology-based companies that consolidates the commercial and development activities of 8 companies with more than 30 years of experience, becomes the coordinator and main promoter of this pioneer and important initiative in Spain.

During the launch event of the IDSA Spanish Hub, the Group will announce the initiative to facilitate the opening and reliable exchange of data between the industry and its role in the European strategy for the development of Big Data and Artificial Intelligence, with representatives of the European Commission , the Bilbao City Council or the World Economic Forum, among others. The event will be closed by Arantxa Tapia, Minister of Economic Development and Infrastructure of the Basque Government.

The International Data Spaces Association (IDSA), promoter of this network of IDSA Hubs in Europe, was created in 2016 as a private association with the goal of briging together companies and organizations around the world that believe in the economy of data, its free movement and in the ability of the data owner to decide the conditions and restrictions for the data he shares, as well as to participate in the value that such data generates. The mission of IDSA is supported by its more than 100 partners in more than 30 countries like Innovalia, Allianz, Atos, Audi, Bayer, Bosch, Cefriel, Schenker, Deloitte, Deutsche Bank, Fraunhofer, Huawei, IBM, Komsa, Pwc, ThyssenKrupp, Sick, Schaeffler, Siemens,, T-Mobile or Volkswagen.

The event celebrates the launch of the IDSA Spanish Hub and will also address some of the most significant initiatives of the regional innovation ecosystem, as well as industrial use cases that have already adopted this technology, with the help of important and relevant European industry figures as Jesús de la Maza (President of the Innovalia Group), Matthias Kuom (European Commission), Thorsten Huelsmann (International Data Spaces Association), Begoña Laibarra (General Director of Software Quality Systems), Xabier Ochandiano (Councilor for the Area of ​​Economic Development, Commerce and Employment and President of Bilbao Ekintza) and Oscar Lázaro (Director of the Innovalia Association) among others.

The IDSA Spanish Hub will support Spanish companies and organizations for the implementation and development of digital sovereignty and data sovereignty. It will support companies in the phase of specifying new business models based on data and access to resources that allow the certification of IDS solutions. 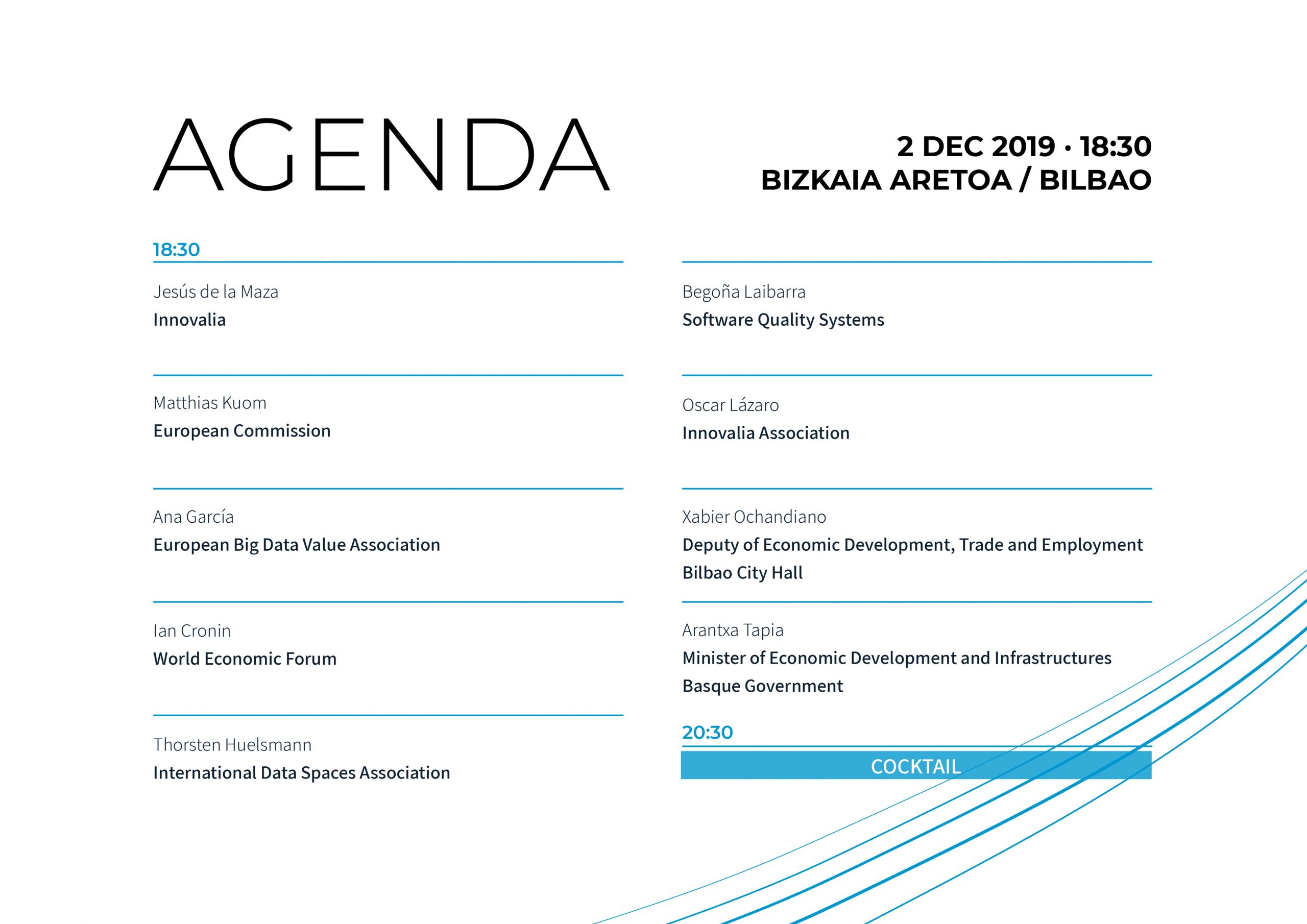 Top
We use cookies to ensure that we give the best user experience on our website. If you continue to use this site, we will assume that you agree. More information about Cookies Policy.I agree